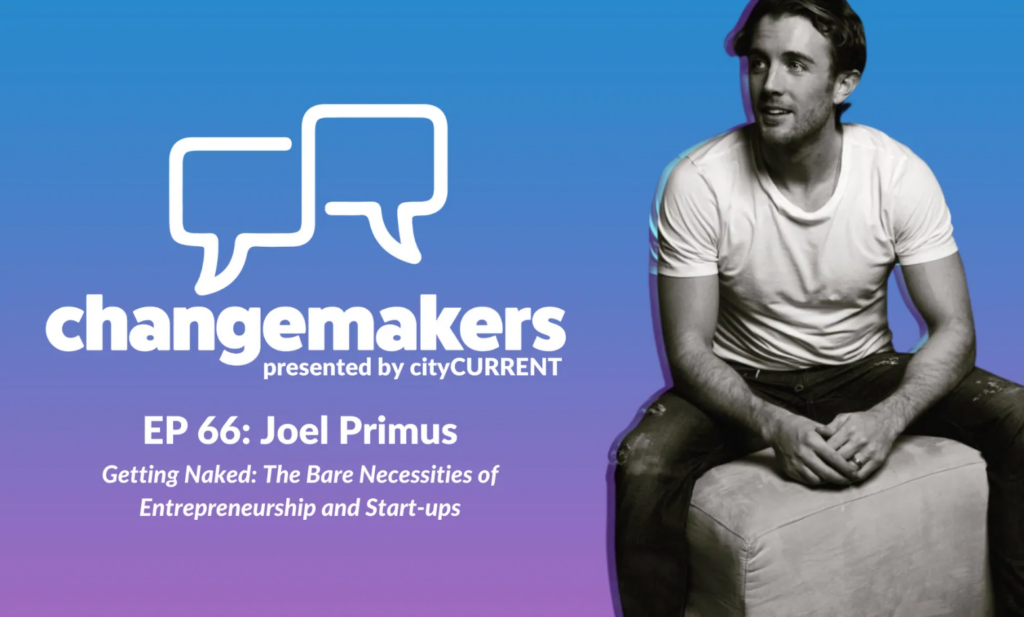 Recently, Joel co-founded Kosan, a travel clothing company. The company launched one of the most successful Kickstarter apparel products of all time – reaching over $1M in sales in 30 days. He appeared on CBC’s hit show Dragon’s Den, was one of the inaugural BCBusiness 30 Under 30 entrepreneurs and is also an author and award-winning documentary filmmaker.

As a former world-class runner, Joel represented Canada at the World Youth Championships. He competed at the NCAA 1 level and has coached runners individually and operated intensive boot camps. Due to an Achilles injury, Joel is no longer a serious long-distance runner; however, he maintains a vigorous daily exercise regimen, which he shares on Instagram and his blog.

In his book, “Getting Naked,” Joel shares the valuable lessons learned in his first startup – Naked. He discusses the good and the bad of entrepreneurship, as well as invaluable steps to start your first business.

During this interview, Joel talks about his childhood, starting Naked, some of the major lessons learned, his latest ventures, advice, the importance of family, and so much more.