This wasn’t the first time my big toenails were black and blue. In a month or so they would fall off. My mud-caked boots, wool socks, hiking poles and water bottle were carelessly scattered on the rocky earth below me, as I continued to inspect of my feet. Momentarily, I imagined a paediatrician grimacing in sheer disgust at the smell and state of the feet before them: Pale. Crinkled. Cracked.  Torn skin.  Blackened toenails.

Some 50 hours, 15 peaks and thousands of metres of elevation gained (and lost) in just 5 days, was what caused my feet to look the way they did. Surprisingly, they didn’t feel all that bad.

A few days ago, they certainly did hurt, accompanied by a constant tingle of lower back pain and what seemed to be a stress reaction in my femur. I mused at the realisation that all those ailments were gone now. Where did they go? I’d only kicked my own ass harder and harder through more arduous climbs as the days went on, so logic would suggest that those pains might continue. 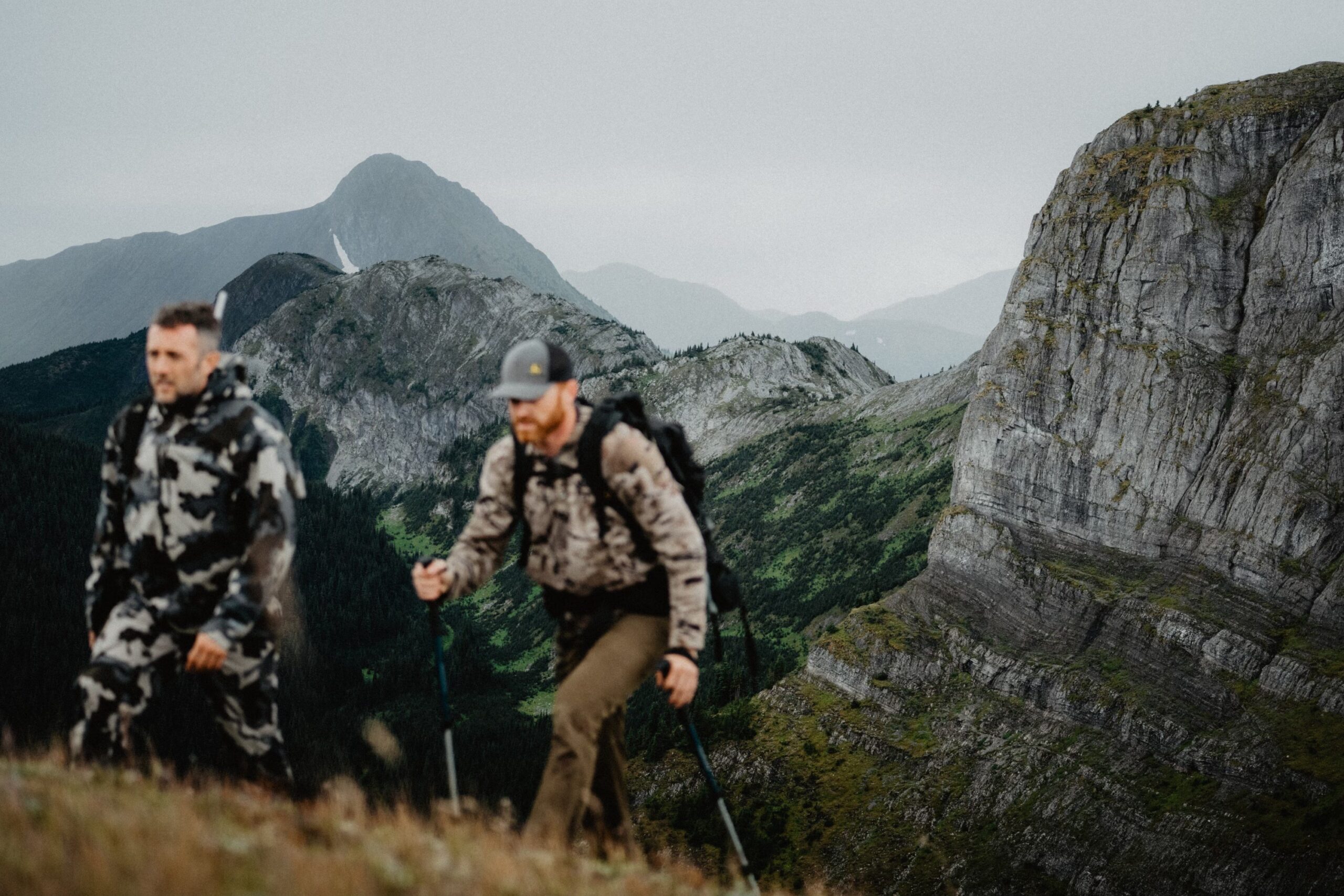 They would…but not while I was walking in the mountains. Only a few days after I’d returned home would the familiar malaise set back in.

What happened on the mountain then? Why on this  last summit did I feel a unbending and indescribable human capacity to do – just about anything.

Is this what happens when you walk great distances?

Let’s wander back to the beginning of the trek. When it was 4:00am, and despite it still being summer, the glimmer of northern dawn held only a brisk 6 degrees above centigrade. This temperature would later rise to over 30 degrees – without a cloud in the sky or an alpine tree to hide oneself from the sun’s increasingly intense glare (due to the thinning of the atmosphere at that altitude).

During these first few days of hiking, my mind raced with thoughts of what I had not done at work before stepping out of cellular range. My own inner realm of darkness also sucked me in with thoughts of pain in my feet, lower back and legs. Could I continue? Would I do irreversible damage if I kept going? Fear of grizzly bears teased the edges of my psyche, and the desire to cut the trek short and just return to my desk chair somehow seemed the better bargain. 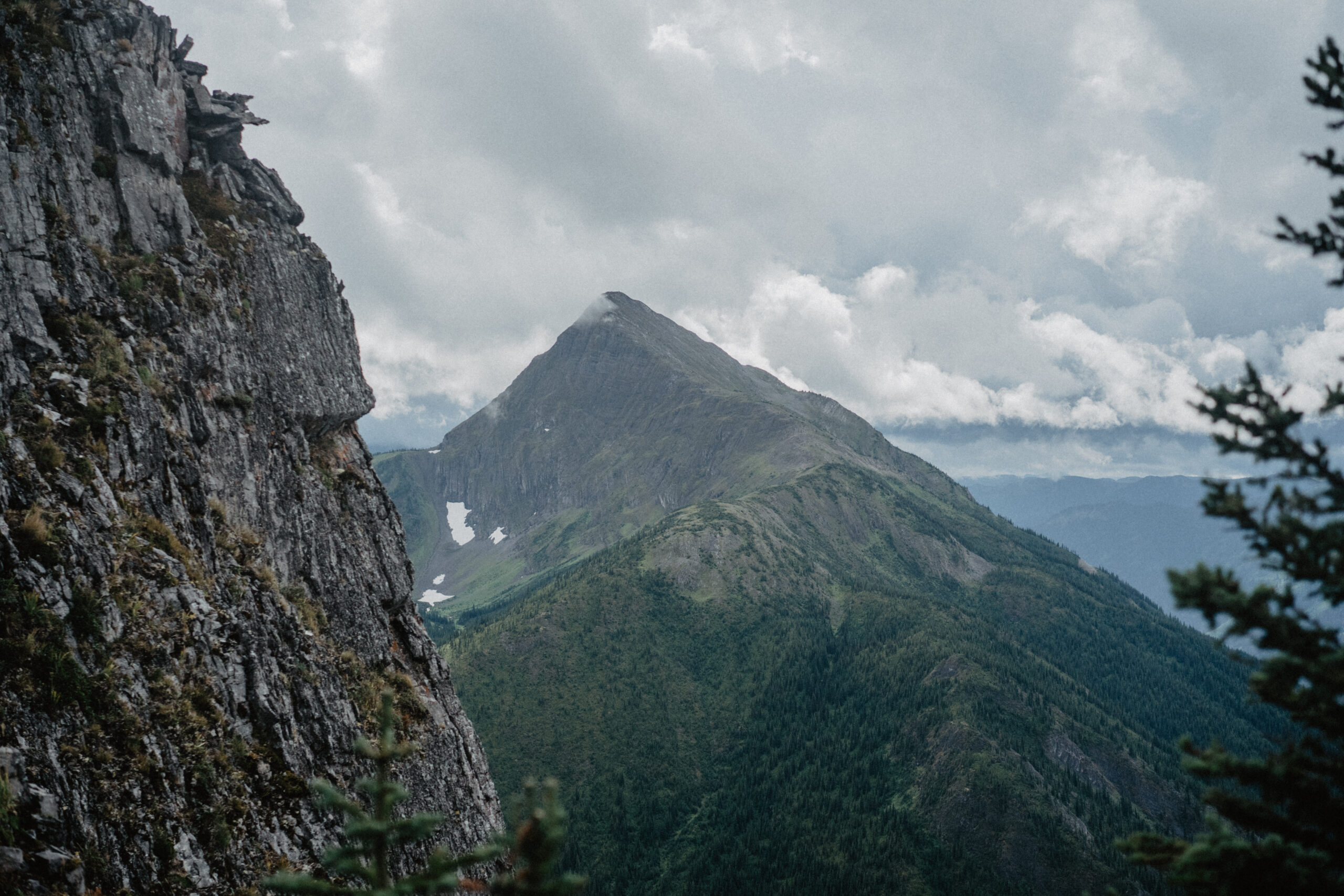 Some degree of maturity, I suspect, has made me aware that when I’m about to release all these negative thoughts, through meditation or a vacation, they vehemently cling to survival like parasites. These are the moments in life when we learn the most about ourselves. Will I give in to the thoughts and spiral into the sad abyss of woe-is-me? Will I hear them out and then send them on their way? It always seems to be a constant back and forth.

Taking long, uncomfortable walks in the woods, I’d learned, was one of the very best ways to transcend the dark side of my mind while rejuvenating my soul and enlivening my body. So on this particular trek, I was out here not just to see the grandeur of the mountains, not just to physically challenge myself, but to deliberately face my incessant thoughts and overcome the doubts, fears, and negativity that I knew would arise..

My insight on the benefits of walking is not a new one. Its importance is woven through literature and history.

There is a human will to move. We move through life and life moves through us. Curiosity is embedded into the fabric of our being. What’s over that hill? What’s around that corner? To pursue ask questions and pursue the answer: Can I? Is it possible? Isn’t the desire to see what’s on the other side one of the points of beings alive?

Odysseus was told by the prophet Tiresias to walk with an oar until he was so far from the sea that someone would not recognize what he was carrying. Only there would his odyssey be over.

The poets Arthur Rimbaud and William Wordsworth were great walkers. Philosophers such as Michel de Montaigne and Friedrich Nietzsche saw it as fundamental to their lives. Mahatma Gandhi incorporated walking into his protests, as did U.S. civil-rights activists.

Even still, something greater occurs during long walks. This is what I realised – while observing (and smirking at) the absurdity of the state of my feet – atop the vertiginous, rock-covered summit of my recent trek.

I was surrounded by endless mountain ranges and rocky peaks. Looking up from the road, from the trailhead, from halfway up, they all seemed distant and indomitable. From where trails ended and bushwhacking through deadfall and devil’s club began, they seemed impassable. And on the precipice, when all that held my balance from a long tumble to death, was my trust in a few mossy rocks or some scree, I felt misplaced to be up here at all.

A moment from when I was 19 years old and hitchhiking across Canada came to mind. Often, I’d walk long distances between rides. Making my way on foot out of the Rocky Mountains, on the lonely and often too-narrow shoulder of Highway #1 and into the rolling foothills, I felt my insignificance contrasted against the vastness of creation. Yet, somehow there I was walking onward. Again here, on the 15th summit in 5 days, both in awe of the incongruity of my own presence amid such surroundings, and conversely, my human ability to engage with it and prevail.

Walking far in one direction, especially up mountains, compares to almost no other experience when showing us how capable we are physically and mentally. 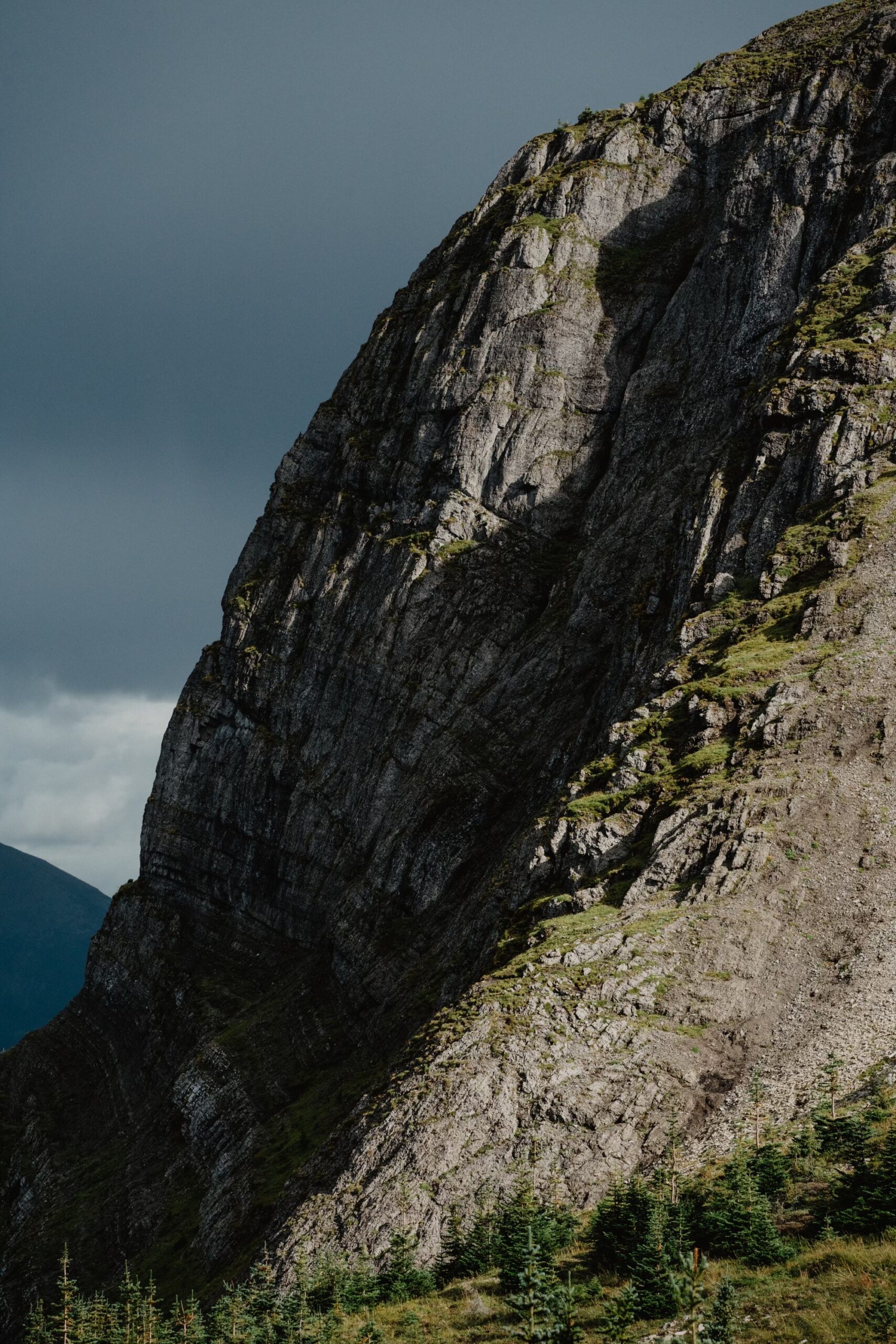 Instead of walking, we now too commonly drive – and cover vast distances in a fraction of the time. Instead of muscle and sinew-power, we can employ fossil fuels to our forward motion. Why walk?

While hitchhiking I recall, like the old tortoise and hare story, walking past morning rush hour traffic into the city limits of Calgary. Ultimately, cars would overtake me, but for 45 minutes it was me and my backpack in motion as drivers sat trapped in their stationary metal cartons.

There is a human will to move. We move through life and life moves through us. Curiosity is embedded into the fabric of our being. What’s over that hill? What’s around that corner? To pursue ask questions and pursue the answer: Can I? Is it possible? Isn’t the desire to see what’s on the other side one of the points of beings alive?

When you keep putting one foot in front of the other, life opens up in front of you. Forget black toenails, blisters, and sprained ankles. There will always be something to slow you down or stop you. Rest when you need to rest, be still when you need to be still, but otherwise, you don’t have a choice. Keep going. You earn the view by continuing to walk forward. To walk your own way, and to find your own peaks and valleys, is not faster, but it leads you exactly where you need to go.

It took the better part of 2 days of hiking before my mind settled down. I was in the thickest of brush when it finally happened. A well-trodden animal trail up the mountain appeared before me and a stream emerged out of the ground to provide fresh drinking water. My trekking partner and I had seen a buck and doe. A large bull moose let us watch him from 50 metres’ distance for what seemed like an eternity.

My body had adapted to constant motion. No longer was I atrophying in my well-worn desk chair. The medicine of walking, and nature, had become a sacred salve that healed me. No longer was I was blindly eating carbs to satiate my boredom or faux hunger pangs, but instead, despite all-day exertion, only eating lightly what my body needed.

As I walked farther into the wilderness, I started to feel more alive – like something deeper in me was waking up. I’d become part of it now – part of the creation. Of course, I always was but It  was no longer numb or dormant. If the animals could trek these mountains for hundreds of miles, so could I.

The motion and the miracle of nature had entranced me into a feeling of timelessness in which wonder, not worry, about the mystery and magnificence of creation was the mind’s muse. Those moments in the hills, I had finally, wholly, relinquished all thoughts about productivity or advancement. Instead, I was utterly receptive to the beauty and aliveness of it all and myself part of it – which seemed more useful than anything I busied myself with in the weeks and months prior. As if walking far and long in nature was developing my capabilities – physically, mentally, spirituality – for no specific goal If there was a goal, then it was that of being alive and pursuing curiosity, powered by the innate human capacity to seek, discover and do.