Wait what? That doesn’t make any sense. Isn’t failure the opposite of success?

Well, in reality it’s not. It’s not even the other side of the same coin. In fact, failure and success are both on the same side of the coin. Let me explain...

You’ve likely been conditioned to try to avoid failure at all costs. After all, failure can be painful, embarrassing, disempowering, shameful, debilitating, frustrating, devastating... I could go on forever trying to describe it.

But here’s the thing: all of the above adjectives don’t refer to the failure itself (i.e. the event that actually failed to achieve the results you were expecting) but to how it makes you feel.

In essence, you’re conditioned to let the true lessons of the failure be lost in the fog of the injury to your ego.

All there is to learn from the experience that could inform your next attempt gets lost in a sea of hurt, which while feeling very real to you, it’s entirely fictitious.

It’s only when you let your ego run the show that you personally feel like a failure whenever your attempts don’t reach a successful conclusion. Your ego’s punishment for you? Pain, shame, embarrassment, etc. 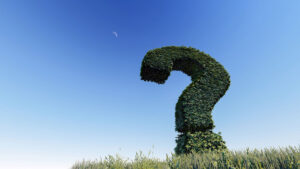 Yet, this personalization has nothing to do with reality — your failed attempt is 100% disconnected from your persona. In actuality, your failure is chock full with critical data to be dissected and analyzed to inform your next attempt and get you one step closer to success.

Those are the facts. Your personalization is nothing but a complete fiction!

Does that mean that your psychological pain and suffering is fictitious? Far from it. They are very real to you. It’s just that they are not based on reality.

If you were able to disassociate fact from fiction, if you were able to separate what “is” (the failed attempt and all of its useful data) from what you think others think about you (your image of failure), then you’ll truly be on your path to success.

How do you make this clean break between fact and fiction? Read on to find out!

The Truth About Failure

In a real sense (that is, if you set your ego aside) failure is the necessary state that you need to pass through in order to reach success.

While you may be societally conditioned to believe that failure is a “go away from” state and success a “go towards state,” the truth is that failure is the most direct path to achieving a successful outcome, and “going away from it” will simply drive you away from success itself.

How is that? Well, achieving a desired outcome (e.g. landing your first “big” account, achieving a financial revenue goal, cutting your operating expenses by 30%, launching a new product, etc.) is something in the future you haven’t yet achieved.

While you may have a clear idea on how to get there, you haven’t put your idea to the test yet, so there is no way for you to know whether your idea will get you there or not until you start implementing it in the real world.

However, even if you were to employ the smartest rocket scientists in the world, there's no guarantee that your first attempt will succeed, or even the second, third, fourth and fifth for that matter.

Trust me, I know this all too well. My recent book Getting Naked, details all the failures, missteps, mistakes and misdirection that led me exactly to where I needed to go!

Why? Because you’re charting new territory and you have no way of knowing what’s going to happen next until you try something.

Houston, We Have a Problem... 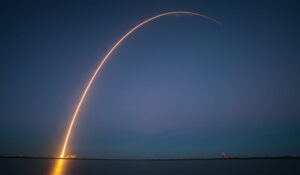 Take Spacex and their original goal of landing a rocket back on earth after launch for reuse in future missions, thus saving a big chunk of cash from sinking to the bottom of the ocean. Even with the most advanced scientific talent in the world, it still took them 10 tries to get this to work.

Not two or three tries, but 10! Why? Because every time something went wrong and they fixed it for the next try, this opened the doors for a “higher level” of failure to occur. A better quality of failure that revealed a new problem that had never occurred to them before.

And it turned out that this process of iteration needed to play out for a total of 10 tries in order to squeeze out all the higher level problems until there were none left.

The result? Today Spacex is the most valuable private company in the U.S., in great part because of their unique ability to recover and reuse orbital rockets!

The Eagle Has Landed

Now, let’s bring this example back to earth and apply it to your life.

When you want to take your business to a new level, you’ll have to draw plans to get you there. But you’ve never “been” there before so in order to achieve your goal, you’ll have to make an attempt, measure the results and then use this data to make adjustments for your next attempt.

In fact, you must experience failure at every step in order to weed out the bad data and refine your approach: each failure is a stepping stone on the path you’ll be charting to reach your goal and achieve success. Failure should be an integral part of your process of creation.

If you don’t take the time, effort and expense to chart this path, then your journey will become a game of chance, no different than rolling the dice.

You’ll be making random independent attempts (i.e. going after the next shiny object) running in circles and shooting in the dark while no longer charting a path to your destination.

In the end, you’ll find yourself lost in the dark without a compass to tell you where to go and a flashlight to show you where you’re going.

Think of it this way: your failures are the breadcrumbs that success leaves behind to guide you to your destination. Your job is to collect these breadcrumbs so you can learn the clues they leave as they inform your next steps.

The Elephant in the Room

Alright, now’s time to address the elephant in the room: how do you separate yourself from the so-called “failure” so that you don’t identify with it?

The first step is to take stock of your ego. If you’re worried about what you or others will think of you if you fail in your new endeavour, then you’re starting off your journey with one hand tied behind your back while wearing lead shoes.

And the worst part is, you ego is making you do this to yourself! Why? Because egos are driven by self-image (a fiction) and not by facts (what’s actually happening in the real world).

Unless you make the conscious decision to check these fictitious beliefs, they’ll stop you on your tracks the minute your first attempt is unsuccessful (hint: it almost always is! If it wasn’t, then your goal is too easy to achieve and you’re not stretching yourself).

So, to be able to replicate the pattern of success of Spacex, you have to go into your new journey with a spirit of discovery without any preconceived notions of what’s possible or not for you.

When Spacex decided to figure out a way to land their rockets to save money, they embarked on what others labeled at the time a fool’s errand because what they were trying to do had never been achieved before, not even by world-leading nation states with virtually unlimited resources at their disposal.

But they didn’t let others’ opinions, even from experts, distract them from the goals they set out to achieve, so they were free of self-imposed mental barriers to proceed on their journey and eventually become a force to be reckoned with. 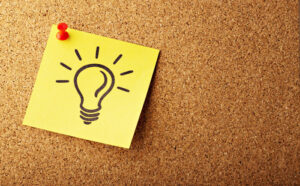 This is precisely what you need to do to succeed through multiple and necessary failures. Don’t let others, and especially your own ego, distract you from your desired goal.

Your task at hand is to make sure you do the best you absolutely can during each attempt, and to measure, assess and analyze the results of each stage — and to do so without thinking about anything else but your end goal and the changes you need to make to get you there.

If you truly want to succeed, put on your horse blinders to keep away unnecessary distractions from naysayers, focus 100% on the facts of the case and 0% on the fiction of your ego and, above all, don’t be afraid to fail and fail again on your way to success!

Any cookies that may not be particularly necessary for the website to function and is used specifically to collect user personal data via analytics, ads, other embedded contents are termed as non-necessary cookies. It is mandatory to procure user consent prior to running these cookies on your website.